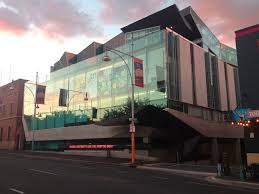 The release of our article last week set things in motion. The Australian newspaper contacted us and Julie Hare the Editor of the Higher Education wanted to cover what had happened to Anu and her family.

The Australian contacted the university last Thursday requesting a media comment on Anu’s circumstances. Then all of a sudden emails started to flow from the UniSA. The first email arrived on Saturday an offer from the uni to extend Anu’s appeal time so she could lodge an appeal of the refund refusal. Anu did not reply that email.

Then, when probably realising the story was about to published in The Australian on Wednesday, the university decided to grant the refund on Tuesday, making this comment in an email to Anu;

The interesting part of this comment is that Anu did not inform her education agent she was going to lodge an appeal. Without contacting Anu directly the university made a decision to refund based upon no facts obtained from Anu. Why the university would rely on the word of the education agent when the same agent has already been implicated in lying to the DIBP on Anu’s orginal student visa, is beyond imagination.

At the end of the day the result was obtained in what we hoped for, a full refund. However we were disturbed at the University of South Australia media release which was clearly designed to reflect blame from themselves and implicate it was Anu’s fault for having her visa cancelled.

Stay tuned for part two of this story where we will outline the University of South Australia’s Education agents actions in being responsible for Anu’s visa being cancelled.

We are very pleased that Mrs. Kaur will be receiving a full refund. Still it is disappointing that it took media exposure for UniSA to review the case properly and make a fair decision.

A skills assessment is a CRITICAL requirement for 189 visa, 190 visa, 491 visa, Graduate 485 visa - Graduate Work stream. Often required for the 482, 186 and 494 visas. Karl shares some examples for popular occupations such as ICT professionals, Engineers, Nurses, Accountants and occupations covered by VETASSESS. If you want to know more for your occupation, like, comment and share! ... See MoreSee Less

MOST VISAS NEED a Skills Assessment. Which visas? How to get it?